Golf is one of the most popular sports in the world, drawing in elite athletes, out of shape businessmen, and various others in between. It’s something that almost anyone can play, but only a handful of people can play well. Whether you’re a serious golfer with aspirations of playing in the PGA, or the occasional weekend warrior, this is a sport that is not only fun to play, but fun to watch. 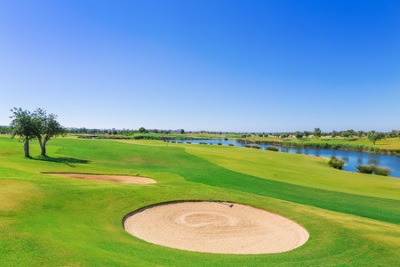 For a golf fan, some courses are more famous than others. Some of them even hold great historical value, such as The Old Course at St. Andrews. This is considered to be the birthplace of golf, and play at this course dates back to the early 1500s. Many golf fans consider it a life goal to come and play here at least once. Other major courses in the country, like Gleneagles and Royal Troon, hold similar appeal.

In the United States, the vast history of golf isn’t the same as it is in some of the European courses, but there are still some with the same level of attractiveness and appeal. The Augusta National Golf Club in Georgia is an example of this. Despite not being founded for play until 1933, this is one of the most famous courses in the world. It’s been the home of The Masters, one of the Major Championships in the PGA, since 1934, and the best in the world all gear up toward this first large tournament of the year every year. Glen Abbey Golf Club, in Oakville, Ontario, also holds some serious appeal thanks to the fact that it was designed by golf legend Jack Nicklaus. Other courses, like Oak Hill in Upstate New York, Pebble Beach in California, and Pine Valley Golf Club in New Jersey also rank amongst some of the most popular and well-loved courses in the world.

As fantasy sports grow more and more popular, it’s only natural that fantasy golf has skyrocketed in popularity, too. In many respects, fantasy golf is extremely simple. You don’t need to worry about drafting different positions for your team like you do in fantasy football or baseball, which makes fantasy golf more accessible to the average fan. Daily fantasy golf, like yearlong fantasy leagues, has also become more popular over the last several years, mainly because it combines the excitement of a fantasy sport without the hassle of a long commitment. With this, you can play for a weekend here and there and not worry about it if you don’t want to play for a few weeks at a time. This type of league is now extremely popular in many sports, but golf is one of the easiest to learn thanks to the simplicity of the drafting process.

Going to your local golf course and watching some of the people that play might not lead you to believe that golf is a sport full of elite athletes, but at the professional level, this is exactly the case. The universal appeal of the sport is that you don’t need to be a top level athlete to go out, have fun, and turn in a decent performance. But at the highest levels, the golfers that participate are some of the most physically in-tune athletes you will find. Golf requires massive levels of coordination, strength, and a disciplined mind. If you look at some of the best golfers in the world, like Rory McIlroy, Jason Day, Jordan Spieth, and Phil Mickelson, you will see athletes that spend hours each day training, and much of that training isn’t just on the golf course, but in the weight room or the gym. Again, golf is a sport for everyone—and that’s what makes is so popular. But only the best athletes in the world ever make it to the professional level.

The top golfers in the world meet four times each year for what are called The Major Championships. These are the highlights of the PGA Tour, and the first is typically held in April. The Masters, held at Augusta National, is one of the biggest events of the year. However, because it’s so early in the season, it’s not unusual to see an upset here. Even the number one ranked golfer in the year can often struggle at this tournament, and frankly, that’s part of what makes it so fun to watch. The best of the best are the only ones that can get in here, and because the competition is so close, the very best are often toppled.

As the season progresses, the next three Majors take on even more importance. The U.S. Open Championship comes a couple months later, and then The Open Championship and The PGA Championship come in July. It culminates in an exciting season, and watching the world’s best compete is always exciting as the casual fan can witness the immense talent of the pros in this manner. 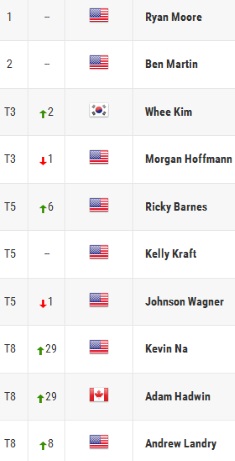